The Dangers of Superbugs – Antibacterial compared to Probiotics 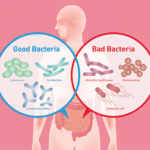 Antibiotics and other antimicrobial drugs have been literal life savers, transforming the practice of medicine since their discovery. However, the widespread use of these agents has given rise to an insidious problem that is only expected to grow—superbugs. These bacteria, which have grown resistant to one or more classes of antibiotics, are spreading around the world. According to the CDC, in the United States alone over 2 million people are infected with antibiotic-resistant bacteria each year, and over 23,000 people die from those infections.

What makes bacteria resistant to antibiotics? Bacteria are constantly mutating, and over time they can develop immunity to drugs that previously worked against them. This process is hastened by the overuse and misuse of antibiotics. For example, doctors may prescribe antibiotics for illnesses like the flu that don’t need them, often at the insistence of patients who won’t take no for an answer. In addition, antibiotics are widely given to livestock to prevent disease in crowded conditions and to encourage growth. This contributes to the declining effectiveness of these drugs in people.

Unfortunately, pharmaceutical companies have not been working fast enough to replace old antibiotics with new medicines. Between 1998 and 2014 only 11 new antibiotics were approved by the FDA. The difficulty and expense of developing new antibiotics means that few of the biggest companies are willing to undertake the research.

While superbugs are most dangerous for the very young, the elderly, and the immune compromised, they pose dangers for even the healthiest among us. Methicillin-resistant Staphylococcus aureus (MRSA), one of the best-known superbugs, caused an outbreak in Kentucky in 2013 among otherwise healthy people, killing five out of the six infected, including a fifty-four-year-old man, a twenty-eight-year-old woman, and a nine-year-old boy. The source of the outbreak was never traced. And antibiotic resistance can transform bacteria often found harmlessly in our bodies, such as Enterococcus and Clostridium difficile, into killers.

Experts worry that superbugs will continue to develop resistance, meaning that the powerful “last defense” antibiotics now used to treat them will become ineffective. In fact, there are signs that this is already happening; in September 2016, a seventy-year-old woman died in a hospital in Reno from carbapenem-resistant Enterobacteriaceae. Her infection was resistant to all twenty-six antibiotics available in the U.S.

In the absence of new drugs to treat superbugs, health professionals are emphasizing disease prevention as the best way to avoid them in the first place. One of their primary recommendations is to wash your hands with soap and clean running water for at least twenty seconds, especially when using the bathroom, before and after handling food, when caring for the ill, and when handling your pets and their food. This traditional method does not rely on drugs to defeat bacteria; it mechanically removes them from your skin before they can be transferred to vulnerable mucous membranes. Using a product like Living Soap’s probiotic hand soap is an excellent way to banish germs and keep both you and your skin healthy.