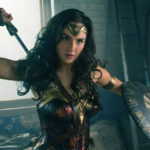 Jenkins, 46, will once again direct Israeli actress Gal Gadot as the titular superhero in “Wonder Woman 2,” scheduled for release on Dec. 13, 2019, publications including Variety and Hollywood Reporter said.

Movie studio Warner Bros did not comment on the news and has not given any further details on the sequel.

“Wonder Woman,” was the first standalone movie to star a female superhero since 2005’s box office dud “Elektra,” and the first to be directed by a woman.

It rode to the top of the box office in June on a wave of good reviews and female empowerment, and with $816.4 million at the worldwide box office, it is now the second-biggest movie of the year after the live action version of “Beauty and the Beast.”