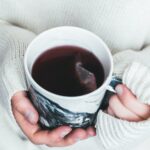 Finding the energy to drag yourself out of your warm and inviting bed on a cold harsh Monday morning more often than not takes a herculean effort and copious amounts of caffeine. Sometimes that first sip of coffee is the only thing you have to look forward to at the start of your week. Coffee has become an intrinsic part of our weekly routine. Whether it be a burst of energy before picking up your kids from work, the fuel you need to get through a late night of studying or even just a social invitation to catch up with somebody, coffee has become a staple in society. However, as we become more addicted to that caffeine craze, coffee alternatives seem to be becoming more and more popular. With highly caffeinated energy drinks, matcha and other tea alternatives, its often hard to see what is actually worthy of making the switch. One of the most popular additions to the caffeine competition is yerba mate.

Originating in South American countries as a holly root used for millennia for its restorative, uplifting and medicinal properties, now a days yerba mate options can be found as close as your local grocery store. Although in the face of so many other options, the question stands: What makes yerba mate so special?

Yerba mate has a wide variety of health benefits. Much like coffee, yerba mate contains the same stimulating benefits of caffeine, including enhanced mental and physical function as well as heightened concentration and focus. However just as the plants both drinks originate from are different, so do the effects of the caffeine differ. While coffee creates a quick burst of energy, yerba mate creates a more gradual and long-lasting caffeinated buzz. Yerba mate acts as both a stimulating and soothing influence. While coffee can cause unwelcome side effects such as increased anxiety or caffeine crashes, yerba mate works as a somewhat less dramatic option while still containing similar levels of caffeine.

Yerba mate enthusiasts also claim that benefits include being: an effective weight loss supplement, a natural laxative, an aid in blood circulation, a protector against liver disease, vitamin and mineral rich and antioxidant rich. Research has even shown evidence to suggest that yerba mate can work as a preventative measure against high blood pressure, bad cholesterol, colon cancer, type II diabetes, obesity, osteoporosis and even certain types of cancer.

However, just like coffee, there are some potential risks with yerba mate consumption. Some studies have shown that, in combination with high alcohol and smoke consumption, when yerba mate is consumed at high temperatures it can increase your risk for throat cancer. However, even these risks have been dramatically reduced in the past decade with increasingly careful practices of production that decrease the amount of time the yerba leaves are exposed to the flame after harvest.

Just as with any caffeinated drink, the key to maximize the benefits and minimizing the risks of yerba mate is moderation. Next Monday, think about switching up the routine and try reaching for a yerba mate instead of your usual morning coffee.